Home > Blog > When may a beneficiary bring a claim against a trustee in Georgia?

In 2010, the time period when a beneficiary must bring an action against a trustee for breach of trust was substantially reformed in Georgia, marking the second major revision of the statute of limitations for actions against trustees in recent years.  Prior to 1991, O.C.G.A. §9-3-27 required that actions against certain fiduciaries, including trustees, be brought within 10 years after the right of action accrued.  The Georgia Trust Act of 1991 created O.C.G.A. §53-12-198(a), a statute of limitations provision specific to trustees.  This statute provided that “a claim that was not previously barred by adjudication, consent or otherwise must be brought within six years of the time the beneficiary receives a written report that adequately discloses the existence of the claim against the trustee.  If no such report is received, the claim must be commenced within six years of the time the beneficiary discovered or reasonably should have discovered the subject of the claim.” Mary F. Radford, §10:5 Georgia Trusts and Trustees.

In 2010, the Revised Georgia Trust Code in O.C.G.A. §53-12-307(a) shortened the time to bring an action against a trustee to two years from the time the beneficiary receives a written report that adequately discloses the existence of the claim against the trustee.  If no such report is received by the beneficiary, the limitation period remains six years from the date the beneficiary discovered or reasonably should have discovered the subject of the claim. See Smith v. SunTrust, 325 Ga. App. 531 (2014).

Georgia case law has further provided that “two things must occur in order for a beneficiary’s breach of trust claim to become subject to the two-year, rather than six-year, statute of limitations: (1) the beneficiary must receive a written report and (2) that written report must adequately disclose the existence of a claim by providing sufficient information so that the beneficiary knows of such claim or reasonably should have inquired into the existence of such claim”, citing Hasty v.Castleberry, 293 Ga. 727, 730 (2013).  The Hasty court held that a “report” should be “a report from a trustee to a beneficiary containing detailed information that includes the assets, liabilities, receipts, and disbursements of the trust, the acts of the trustee, and the particulars relating to the administration of the trust, including the trust provisions that describe or affect such beneficiary’s interest.” Id. at 731-732.

The Georgia Court of Appeals in Smith v. SunTrust Bank, 325 Ga. App. 531 (2014) sought to determine whether beneficiaries received a “report” sufficient to trigger the two-year statute of limitations under O.C.G.A. §53-12-307(a).  In this case, the beneficiaries of a trust received notice from the trustees via a quarterly bank statement that a trust asset was “sold to Bessie A. Fisher on 10-1-79.”  The trustees argued, and the trial court agreed, that such bank statement containing the notice was a “report” under O.C.G.A. §53-12-307(a) and thereby triggered the running of the statute of limitations.  However, the Court of Appeals reversed, explaining that this notice “did not contain the type of detailed information contemplated by the Legislature” to constitute a report, and that a breach of trust claim against the trustees was not apparent from this notice, given that Bessie A. Fisher was claimed to be a “strawman” in the sale of trust property to a trustee.  Id. at 541.

A separate statute of limitation period will apply to each act by the trustee that causes harm or damages the beneficiaries. The Georgia Court of Appeals discussed this situation in Wells Fargo Bank, N.A. v. Cook, 332 Ga. App. 834 (2015).  Wells Fargo, the trustee of a charitable remainder annuity trust, continuously paid out a specific annuity amount to the income beneficiaries, even though these payouts completely depleted the trust assets.  The plaintiff beneficiaries argued that the breach of fiduciary duty claims accrued once Wells Fargo first failed to pay them their full annual distribution.  The Court of Appeals disagreed, quoting Smith v. SunTrust Bank, 325 Ga. App. at 545(2), that “each act of alleged mismanagement by a trustee that detrimentally affects a beneficiary creates a new cause of action for that specific act of mismanagement”, and therefore the statute of limitations period under O.C.G.A. §53-12-307(a) applied separately to each specific act of mismanagement.

With the above in mind, a beneficiary will be well-served to contact legal counsel as soon as possible following the receipt of any written report pertaining to actions of the trustee that are questionable or believed to be detrimental to the beneficiary. 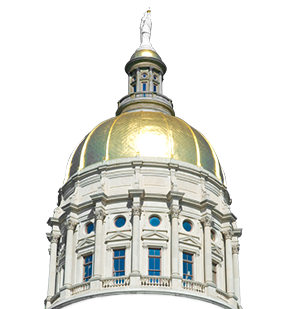